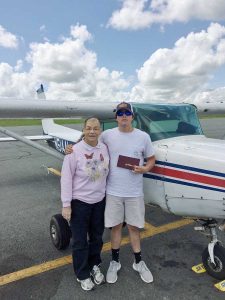 Ian Short passed his private pilot checkride on May 9, 2019 at KBUY with DPE Zenda Zeiss.

Here’s a picture of Ian after his first solo flight at the Henderson-Oxford Airport on July 3, 2018. Ian is a sophomore at the  J.F. Webb High School in Oxford.

Per his flight instructor Paul Hesse … “you earned the right to brag. Well done!” 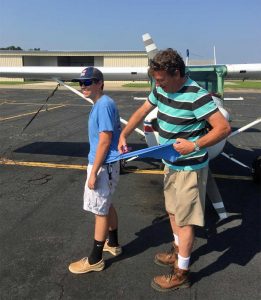